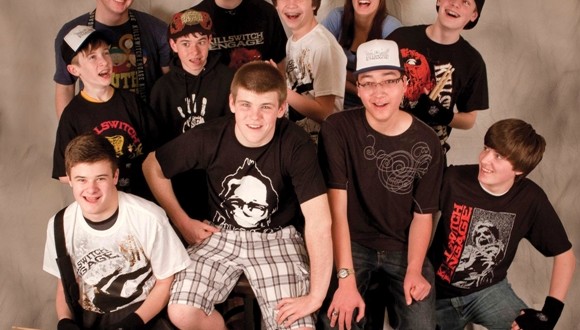 The Foundation organized 13 children to perform and record covers of “The End of Heartache” and “My Curse”, two songs by the grammy-nominated Metalcore band Killswitch Engage. When Killswitch Engage saw the videos they were so impressed with the kids’ performance that they sent some “gifts” for these budding musicians. The students appear in the photograph with some of the merchandise that the band mailed out.  Killswitch Engage is the first and only band to do something like this for the kids.  Words simply can’t express how much this act of generosity and recognition meant to the kids.