When Henry Graham isn’t out on the playground playing jacks or going down slides, he’s busy breaking the law!

FACT: It is illegal to cage a crow.

FACT: Felony violations of the Migratory Bird Law Treaty can have fines up to $2,000 and up to two years in jail.

Few musicians dare to venture into the dangerous and often illegal world of recording animal noises. Yet,imagine Patti Page’s “How Much Is That Doggie In The window” without the doggie!!!

Now imagine “Burn” by The Cure without the mournful cawing of a crow.

Henry is a musical pioneer playing on the fringes of the recording industry…there isn’t a grammy for what he does….there isn’t even a name….perhaps the movie “Beastmaster” could serve as a starting point but even that is a far cry from the truth. In the simplest of terms, Henry is an artist who creates lush sonic landscapes with migratory bird noises.

But legally speaking, Henry is a criminal!

The U.S Fish and Wildlife Services argues that Henry is in clear violation of the Migratory Bird Treaty Act and as such, Henry will face 2 years in prison and a fine of $2000. With this video of Henry caging a crow it will be difficult for him to argue otherwise:

But Henry is a musician and any good musician knows that the song comes first.  Not your fancy guitar solo, not your triple ratamacue drum fill and certainly not your freedom!  In an issue of Rolling Stone magazine Henry had this to say about his craft:

A song can write itself if you just dig deep and put the needs of the song first.  You can feed your ego or feed the song. For "Burn" by The Cure I chose to feed the song and that meant breaking the law."

What The Future May Bring

With any luck Henry will only serve a portion of his 2 year prison term at the Lebanon Correctional Institution.  And with good behavior, Henry could be out in 6 to 8 months.  Yet, Henry is already making plans for his next musical masterpiece:

I plan on capturing a rare, endangered snowy owl, naming it Jareth and then recording the noises of the owl for OMF’s version of "Within You" by David Bowie."

If you see one of these owls please mail Henry with all the details using the address below.  The owl will be captured, caged, given a new name and forced to watch Labyrinth, but it will not be harmed. 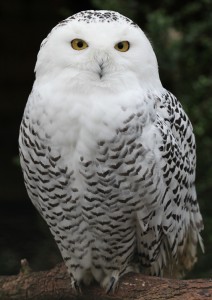